A very happy St Patrick’s Day to everyone! Yes, it’s that special day again, the probably most famous and most worldwide celebrated of all holidays connected with Celtic culture – the national holiday of Ireland. As I’ve said before, I’m not Irish myself, but I’m Bavarian, which means I’m Celtic as well – and anyway, everybody’s Irish on St Patrick’s Day! I’ve loved Ireland ever since I was a kid, and I’m going back there later this year after an incredibly long 25 years, and I think I’ll kiss the soil as soon as I’ll step off the ferry.
So today, let’s celebrate and revel in everything Irish – so many facets of an old culture that has survived for many centuries and is now known and loved all over the world. There are parades today in Melbourne, in Munich, in London, in New York; everybody dressed in green and singing Irish songs. So many things to write about in connection with this day, so many traditions and features to highlight – well, so let me tell you something about that one little thing I’ve always loved most of all about St Patrick’s Day and Irish folklore: that little man called the Leprechaun. 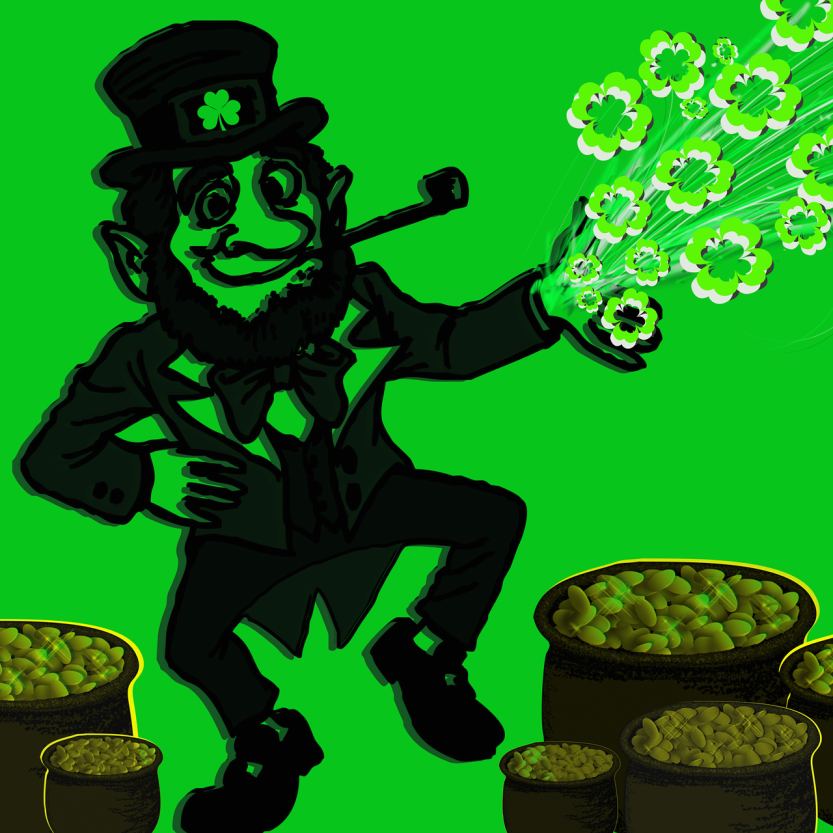 What is a Leprechaun? The picture that comes to mind is a little fellow all dressed in green, with an old-fashioned hat and golden buckles on his shoes, a big red beard and a mischievous smile. Yes, that’s him, as he’s been described and drawn for centuries! He’s been around for a very long time, ever since the early Medieval tales about the warrior kings of Ulster. He belongs to the fairy folk of the Tuatha De Danann who lived in Ireland before the arrival of the Celts, who then defeated them and banished them to the ‘underworld’ – so today the Leprechauns live in caves where they hide from humans and guard their mythical treasure, the pot o’ gold. They’re not immortal, but they can live for centuries; they’re about two or three foot tall, they’re shoemakers by trade, and they absolutely love dancing and partying!

Many things have been said about them being mean and hostile to humans; well, first of all it’s no wonder, because they’ve been banned from their land by humans. And then, of course, if they get caught by a human they’ve got to grant him or her three wishes – and they’re always afraid of being robbed of their gold they guard so carefully! But there have been accounts of humans and Leprechauns partying together; if you want a really beautiful and imaginative fairy read for today, check out Pat McDermott’s lovely story – I can guarantee you it’ll make you believe in all sorts of things again that you’d forgotten about ever since your childhood days…

Because of the tireless efforts of all those Irish all over the world who want to keep their old folk tales alive, the Leprechaun today is huge in popular culture; there are lots of songs about him, of course:

He appears in books and comics and on TV series, and there even is a whole movie franchise of teenie horror films called “Leprechaun” (where he’s depicted as an utterly mean and cruel little monster, though), and on the Web today you can find all sorts of leprechaun games and activities for small and big kids; my favourite is this one:

Have a go if you like; it’s not quite as easy as it may look! Anyway, this is a day for being a child at heart again, for playing and having fun and – yes, believing in fairies again…