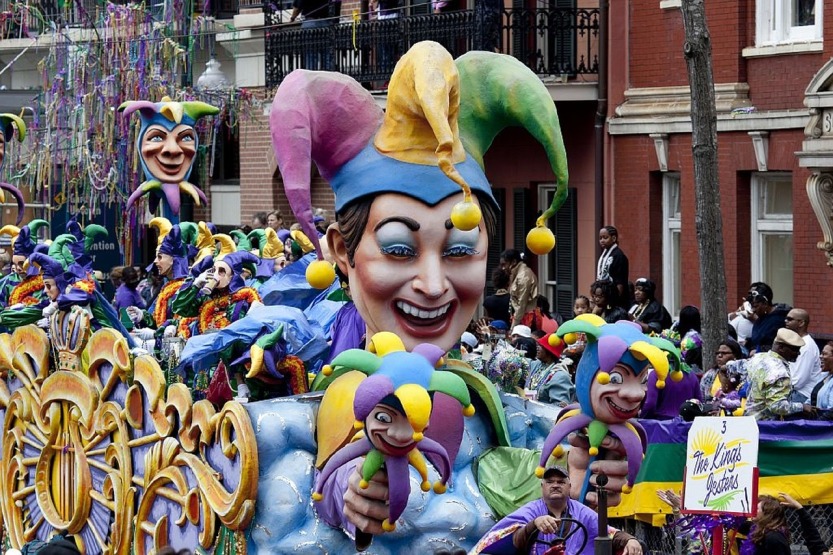 In big parts of the world, especially Europe and America, today is one of the jolliest and most colourful days of the year: it’s Carnival! And, though not all of us have been to Rio, we’ll probably all have taken part in kids’ Carnival parties or street parades – the costumes, the music, the food, it all simply guarantees a good time.
What is Carnival exactly, and how and where did it start? Well, like many other holidays it has been commandeered by the Christian church, as the last days where eating meat, drinking alcohol, singing and dancing are allowed before Lent – hence the name ‘Carne-vale’: goodbye to meat. But, also like many other holidays, it was there long before Christianity – and it was there for a good reason. During February, the last food resources from the year before had to be eaten, because otherwise they’d soon have started rotting – and, of course, the time after that until the first spring produce came in was perforce a time of fasting! So, ancient Germanic and Celtic tribes indulged in a big feast with music and costumes and all sorts of pleasures that lasted days or even weeks; a tradition which, during Christianisation, since it was impossible to eliminate was incorporated into the Christian calendar as the last days before Lent, forty days before Easter.
In the course of the Middle Ages, most of the Carnival traditions we know today developed: in addition to the excessive eating, drinking, dancing and sex, masks started to be used for a specific purpose – mocking and ridiculing the ruling classes without being recognised! Also, parades were being held, with a mixture of both dancing and singing and having a good time, and political satire. This first became established in Venice, with the elaborate (and expensive) Renaissance masks we all know; it is still celebrated pretty much the same way it was in the 15th century. 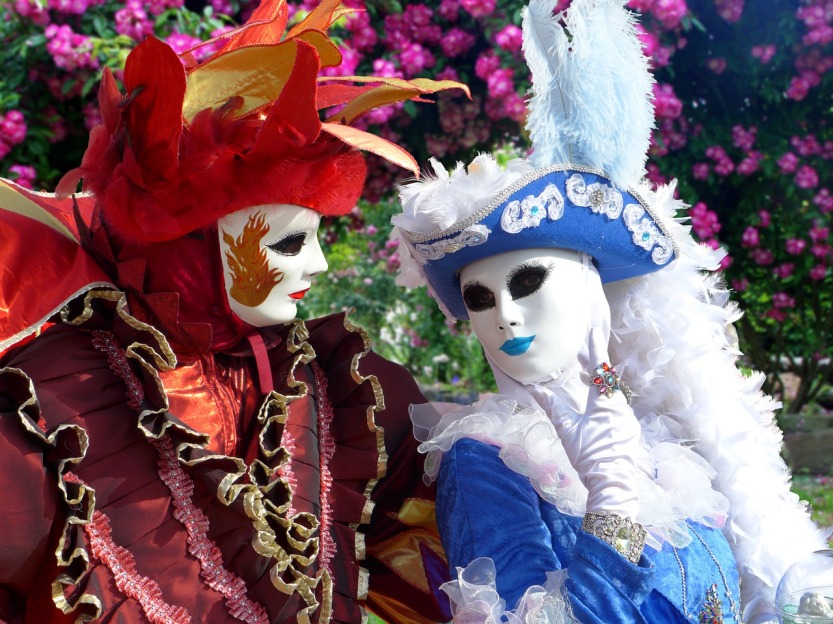 Elsewhere, Carnival developed into more of a popular feast as it spread over France, Germany and Spain and then into the New World: in Europe it was mixed with the old pagan traditions of driving out the winter spirits, using wild-looking masks and fur costumes and performing primeval dances. While in Latin America, the Southern USA and Australia, where the climate is much more convenient, it turned into a colourful spectacle with fanciful and quite sexy dresses being worn in street parades while dancing to the local rhythms – samba in Brazil, calypso in the Caribbean, banda in Mexico, and jazz in New Orleans! 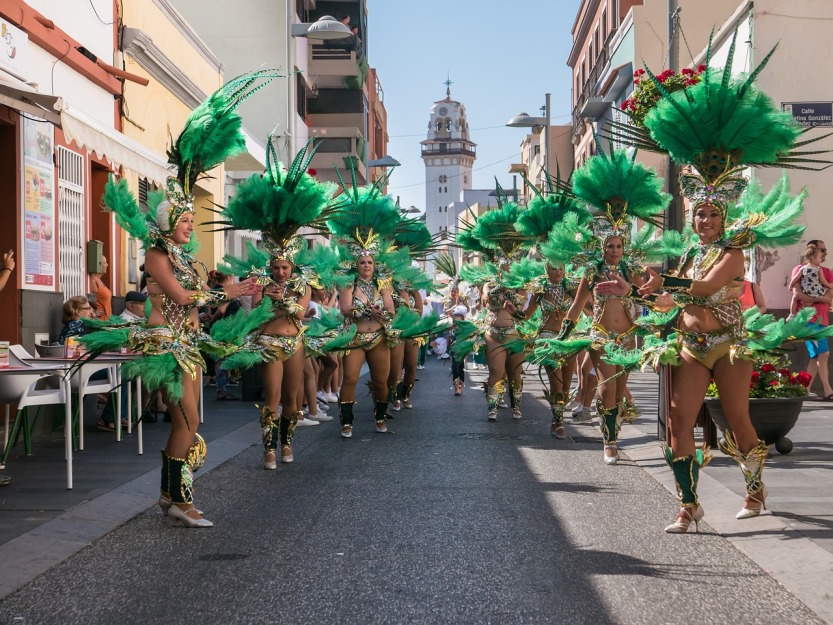 In colder climes the costumes aren’t as hot as that, of course, but Latin American music, especially samba, is very popular for Carnival parties in North America and Europe. And even the serious Germans have got a soft spot for their ‘Fasching’: especially the cities close to the Rhine, like Cologne, Mainz and Düsseldorf, during February turn into a hotbed of partying and political satire!
So, wherever you are, get into the party mood tonight – this is the last Sunday of Carnival 2018, and Tuesday is Mardi Gras (or Shrove Tuesday), which marks the end of this wonderful holiday for another year!