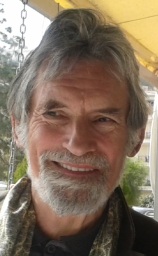 Save for a few individual ditties the first music I heard as a child was the stuff we call (and always have called for that matter) rock n roll. I found it loud, rhythmic and compelling and I still do. But it’s still just a label, and some of my favourite musicians often gave me problems of location in record shops because they crossed musical boundaries. Rock n roll wasn’t in fact new music at all- what is? It was ground breaking in its way though- the first time white singers had adopted black rhythms. Absurd as it sounds white and black musicians had been played on different radio stations, and those who were brave enough to play in mixed-race bands had to stay in different hotels while on tour.
As a child I didn’t know rock n roll’s rich hinterland but I’ve spent many happy years since researching it. Indeed my favourite “rock n roller” pre-dated the creation of the music as defined above. So at the end of the day if you like something it doesn’t much matter if you call it “rhythm and blues” or “rock n roll” or whatever you like. This was the sort of foot-tapping music I grew up with and I love it to this day.

There’s so much wonderful black music behind rock n roll, some of which I may treat to you some day, but the country music to which most of the young white rock n rollers basically subscribed to could be equally exciting. I really wonder if modern Nashville has ever improved on this sort of stuff: