Last night, my darling Ian and I ventured into London Town again – to the British Film Institute on Southbank, for a Barbara Stanwyck double feature: “The Lady Eve” and “No Man of Her Own”. The BFI is a great institution: it shows both old and new movies from all around the world; and at the moment, they’re having a Barbara Stanwyck season – and she happens to be our favourite classic Hollywood actress!

The BFI, situated just south of the Thames on Southbank, close to Waterloo Station, is a great complex, with four cinemas, a restaurant and a bar which turns into something of a disco at night. It’s also got a very good library and a wonderful shop that will enthuse all movie fans, with DVDs of rare old British movies, books on film history and memorabilia of all sorts. 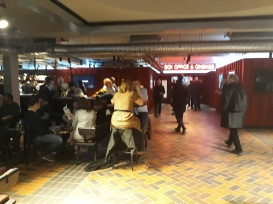 But, as they say, the journey is the reward – so, going there, and then back home, was just about as thrilling as the movie evening itself. London is one of the busiest, most exciting and most beautiful cities at night! As always, we got off at the Embankment Tube station and then crossed the Thames on Hungerford Bridge – you get a great view of Waterloo Bridge and the City from there!

Then on to Southbank – a long promenade that’s wonderfully busy in the evenings, with restaurants, shops, the BFI and the National Theatre. 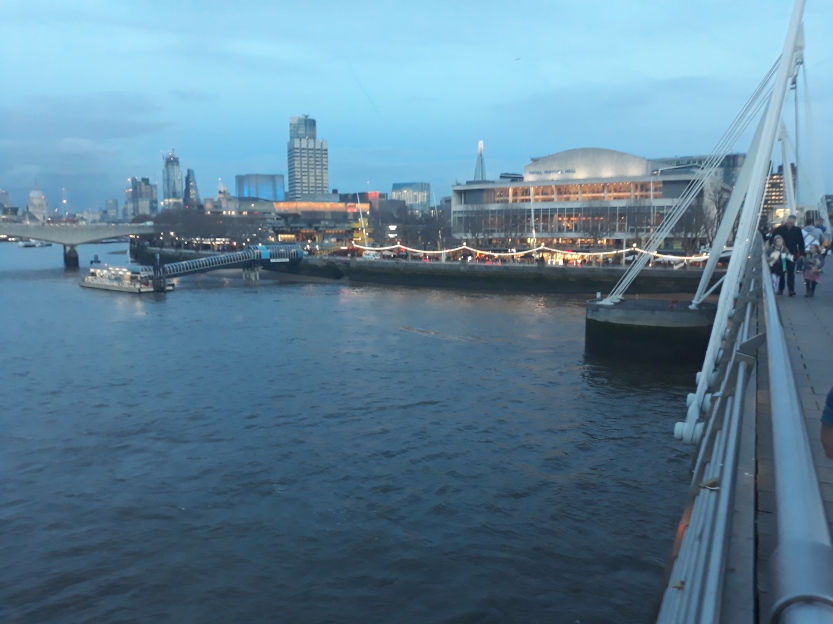 When we left the cinema at around 11, Southbank was quieter but even more beautiful – the lights along the river make it appear simply magical. 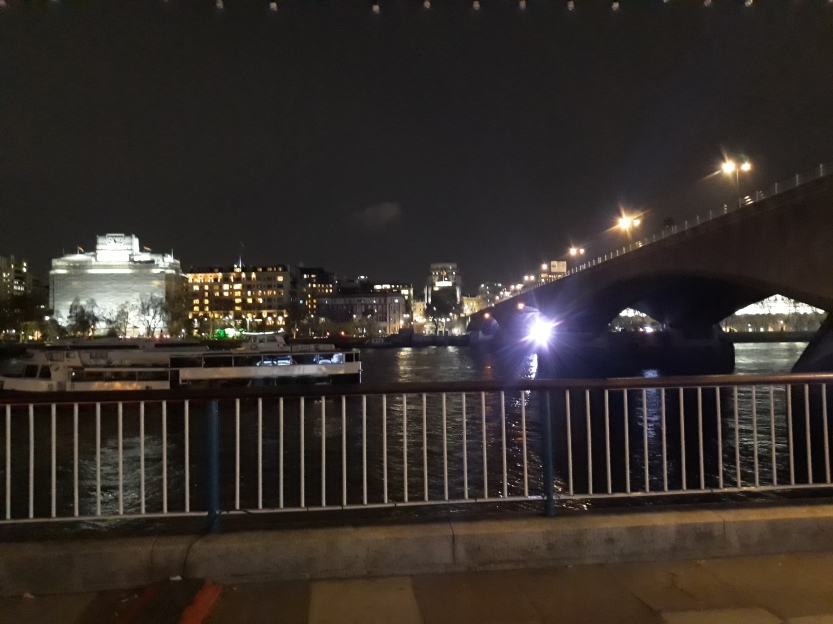 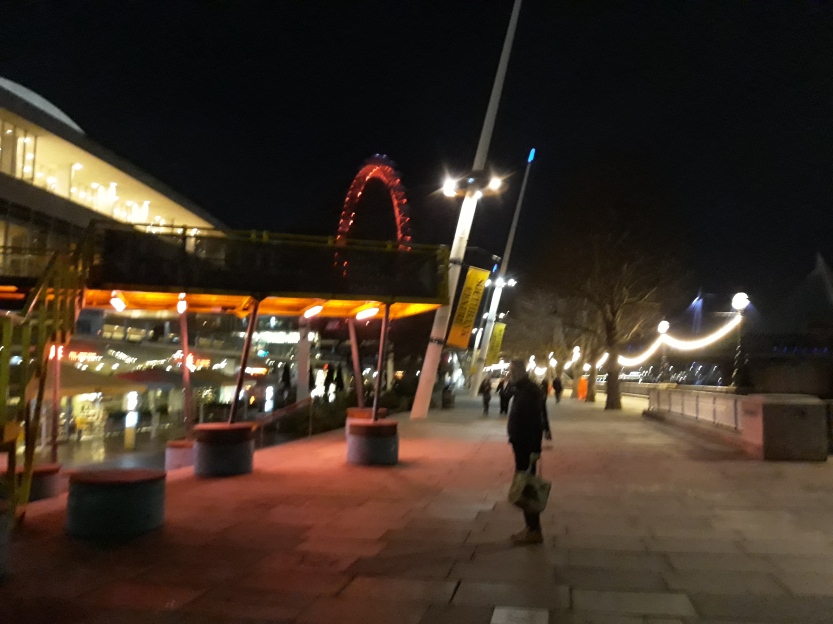 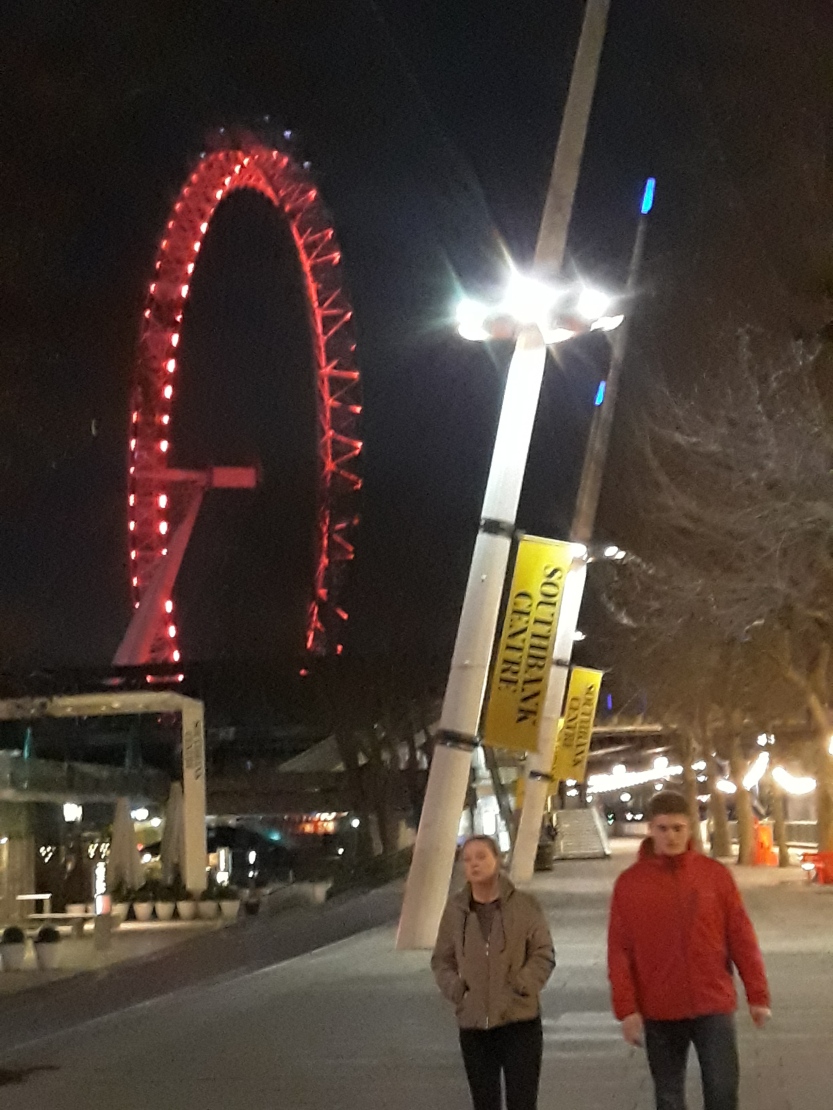 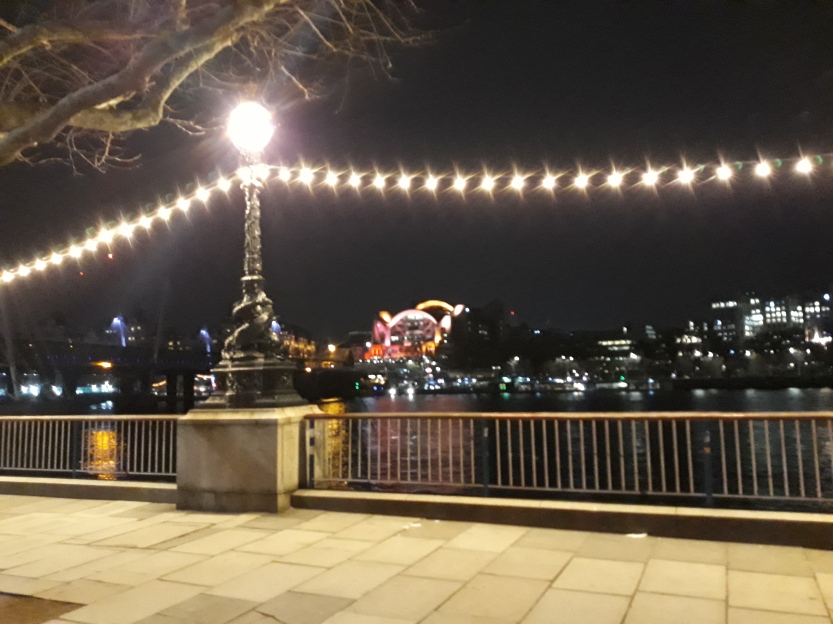 We crossed Hungerford Bridge on the other side of the railway track this time, towards Charing Cross Station. 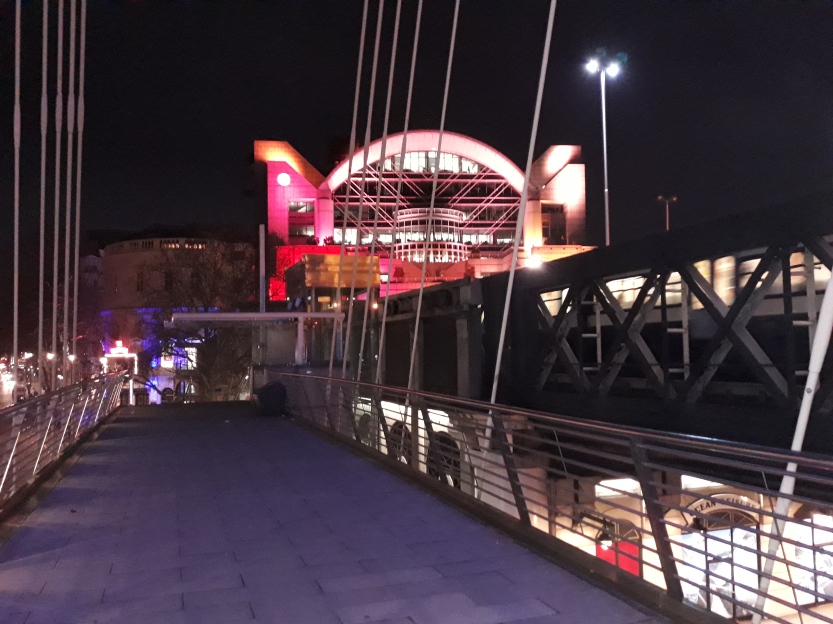 We got a fantastic view to the West, and the world famous landmark that stands out even more at night than during daytime: the London Eye!

Then, we headed home to Tottenham on the Tube, which isn’t very crowded at this time of night but still runs amazingly regularly; you never have to wait more than 4 or 5 minutes for a train. There’s just nothing like a night out in London Town!! 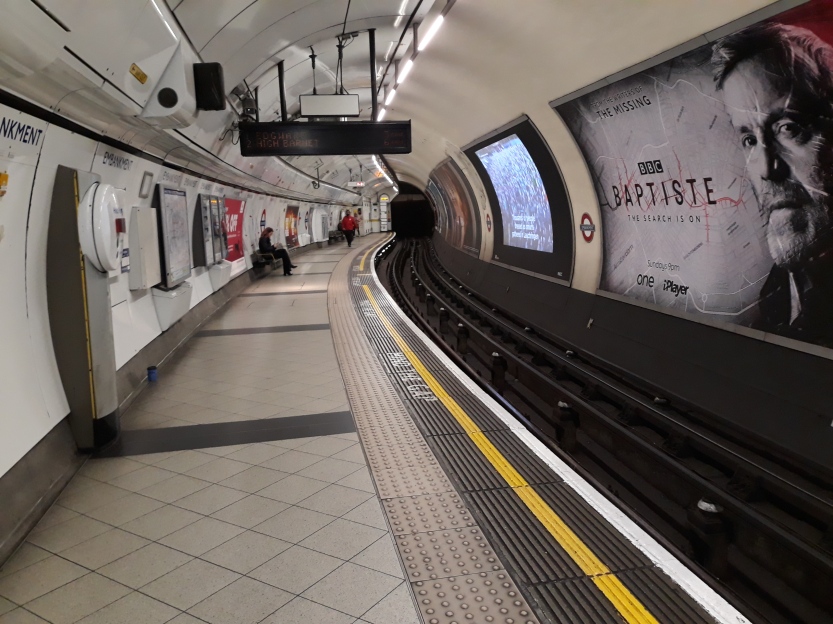 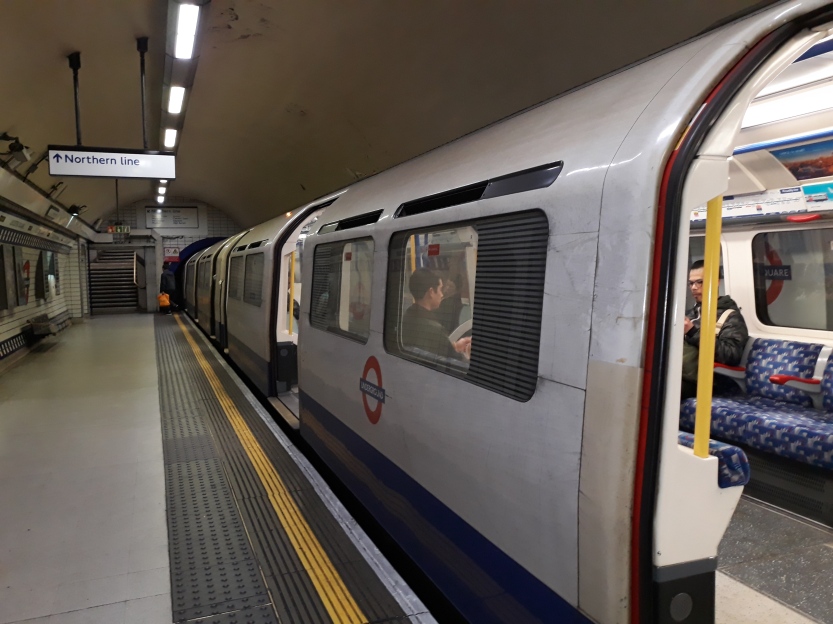