You may have been wondering where I’ve been recently, dear friends – well, recovering from my 8-day sightseeing tour with my daughter… Joking aside, it was exhausting but it was also very rewarding in many ways. I saw a lot of things in my new hometown that I’d either got used to or never seen at all!

Once you move to a new city, no matter how grand and world-famous it is, you just start taking things for granted. The lovely red buses, the reliable Tube, the cityscape, the shops… But then my daughter Marianna came from Greece to visit us – with a huge sightseeing programme in her luggage! And what fun we had together…

First, she wanted to see Greenwich again, so we went on another boat trip down the Thames, with lovely views of all the great sights from London Eye to the City to Tower Bridge and the Tower. 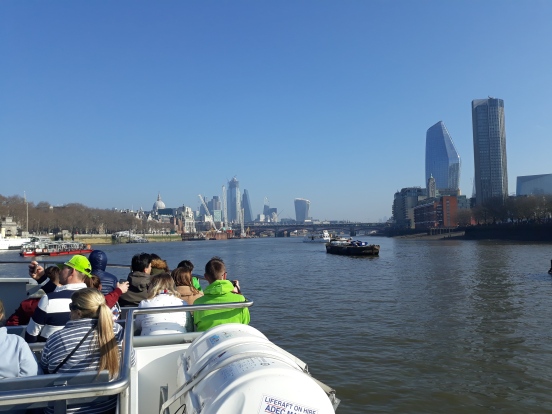 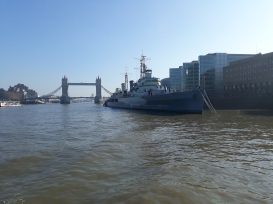 In Greenwich, we saw the Maritime Museum and, of course, the Observatory with the famous Zero Meridian – and a stunning view over the city! 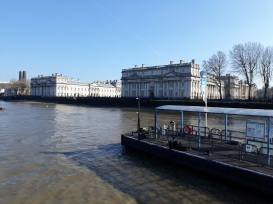 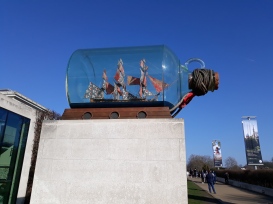 The next day, we went to Camden Town which she’d heard of as one of the heppest places in town – lots of little record, clothes and souvenir shops. And we ate at a cosy place called Dingwalls – where my darling Ian, as he told us, used to listen to groovy live music decades ago! 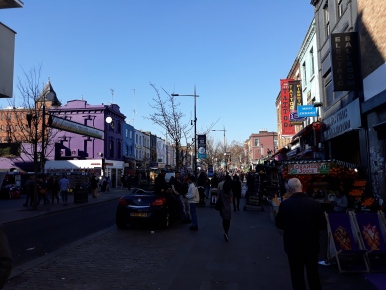 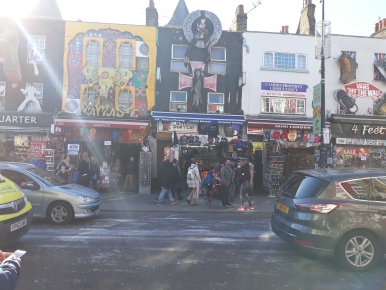 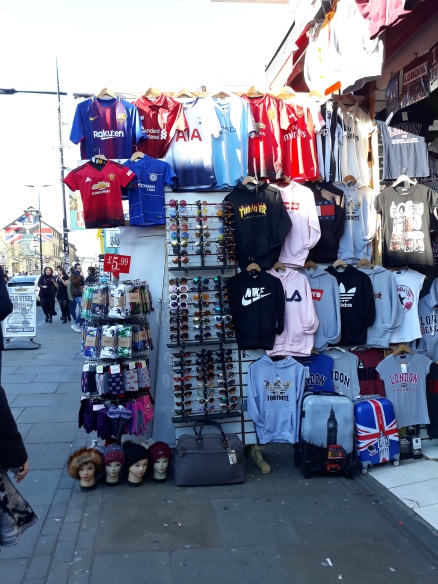 Afterwards, I discovered another area of London I’d never been to: Regent’s Canal – a bit of countryside right in the heart of the city! It was a magical walk along the calm and beautiful flow, all the way to the back of the zoo where we got a bus to Baker Street, to the Sherlock Holmes House and, right opposite, a rock n roll memorabilia shop where I got a Rolling Stones T-shirt… 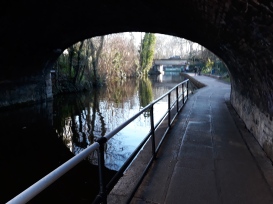 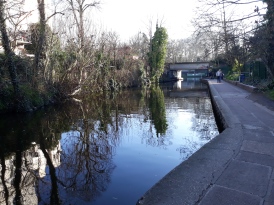 The next day, though, would be the best of them all: Marianna absolutely wanted to go on the London Eye and see the city from above, which until then I’d considered a bit of a waste of money – the tickets are £27 a person… But she was absolutely right: it was a magical ride! As our capsule rose above the river, the bridges and the buildings, we could see all the grandeur of London Town – and take lots of pictures, of course! Me proudly wearing my brand-new Stones shirt… 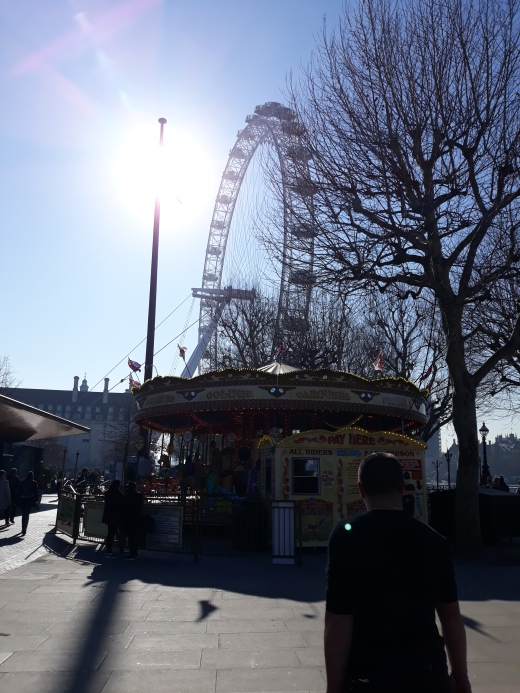 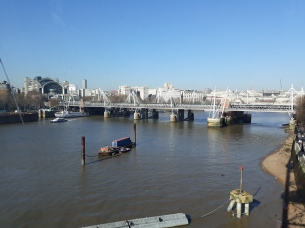 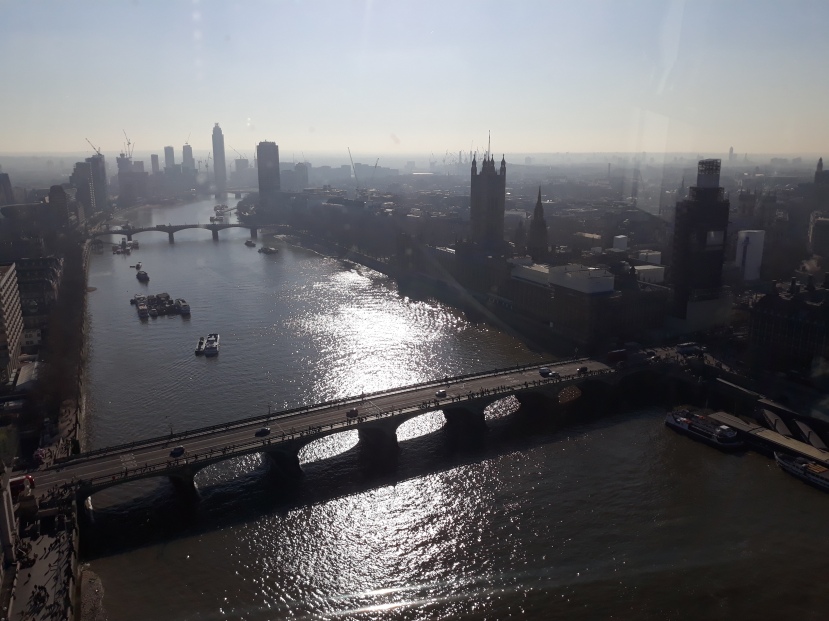 So, when you come to London, dear friends, spend that bit of extra money on the fare for the London Eye – it IS a unique experience! 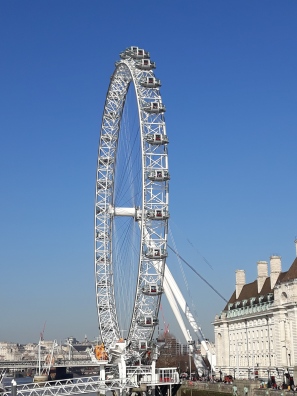 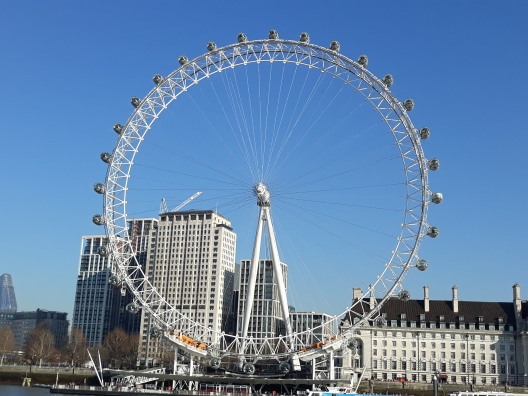 That same afternoon, we had a good look at the Tower and Tower Bridge – landmarks that mustn’t be missing from any London tourist’s album… 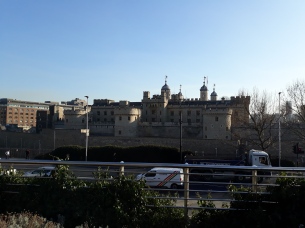 Then, after a day or two of local shopping, we went to Trafalgar Square, the background for many a movie scene over the years, and from there to Carnaby Street – Marianna had heard, of course, of its fame for being the world’s fashion centre in the Swinging Sixties! Needless to say that she wanted to do some shopping of her own there; and afterwards, we had a lovely meal at an Italian Spaghettihouse right opposite the Liberty Store, one of London’s oldest and most iconic department stores.

Even though it was a rainy day, we then went on to Hyde Park – where, again, I saw something I’d never noticed before: a memorial to all the animals that were used and killed in the First World War. 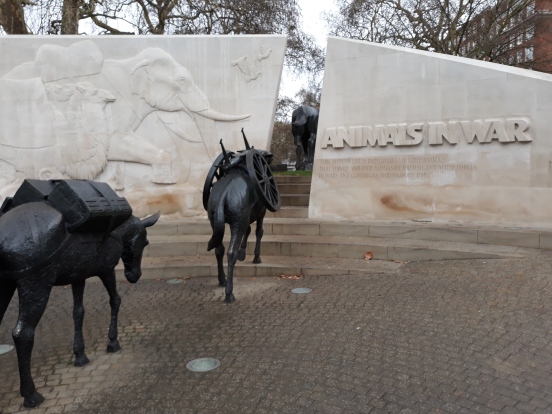 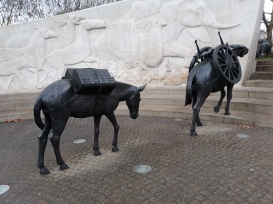 And on Marianna’s last day here, thanks to a friend of Ian’s we got a chance to visit Parliament! Unfortunately, you’re not allowed to take photos inside the building, but the tour certainly was an unforgettable experience, especially standing in the Commons Chamber, right on the spot where Labour leader Jeremy Corbyn, our country’s great hope for the future, speaks every day. 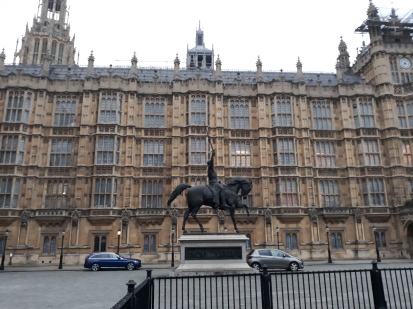 Of course, she wanted to enjoy a bit of London at night before having to leave, so we had a stroll through Whitehall’s crowded pubs and then along the Victoria Embankment, which looks simply enchanting at night with all the lights.

So, despite my aching feet, I must say I’m really grateful to Marianna for having worked out such a rigorous sightseeing schedule – I got to see a lot of new things in London!