As promised, dear friends, here’s another slice of Celtic mythology and history; this time from Ireland: the story of the High Kings (Ard-Rí) of Tara.

Many times, since history merges with myth as we go further back in time, it gets very difficult to distinguish between reality and fantasy – as is the case with this subject here as well.

As for the ancient history explored and documented by archaeologists: the Hill of Tara itself is much older than the High Kings; a passage tomb was built there back in the Stone Age, around 3,000 BCE, long before the arrival of the Celts. At first it was a general burial place, but later on, during the Bronze Age in about 2,000 BCE, it developed into a very elite graveyard for a few high-ranking people only who were buried with rich gifts of jewellery and weapons.

Also, there’s a temple nearby that was only recently rediscovered, also dating from the Stone Age, which suggests that from very early on, Tara was a site of worship and probably science as well.

Then, around 700BCE, the first Celts came to Ireland; they were Priteni, probably from France, and they spoke what would become Welsh and Cornish later on. The first evidence of Celtic culture in Tara itself, though, is from around 100BCE, not long after a new group of Celts, probably from Spain, had invaded Ireland – the Gaels, who would eventually conquer all of Ireland, and their language, Gaelic, would prevail.

They built a big enclosure around the old ‘Mount of the Hostages’ (Dumha na nGiall) which was called Ráth na Ríogh – Enclosure of the Kings. There, they put up a standing stone which is believed to be the ‘Stone of Destiny’ (Lia Fáil), in front of which the High Kings were crowned.

But who were those early High Kings? This is exactly when things start to get difficult. Because, endowed with a lot of imagination, Irish bards and writers over the centuries adorned their narrations of the history of Ireland and her kings with all sorts of beautiful myths – like linking them to names from the Bible, and to events like the Great Flood which obviously occurred long before the Celts ever came to Ireland. This resulted in a rather improbable, but highly entertaining historical myth called the ‘Taking of Ireland’:

It also resulted in the creation – over centuries – of a list of High Kings that date back to almost 2,000 BCE!

However, from some point onwards the kings named in the list seem to have been real; the first one who is more or less confirmed to actually have lived is Conn Cétchathach, or Conn of the Hundred Battles, who reigned around 120-160CE.

Conn was regarded as the rightful King of Tara after the reign of a number of usurpers; so, when he killed the ruling king Cathair Mór and then touched the Stone of Destiny, it roared for the first time in more than 100 years – which meant that Conn was the rightful king! 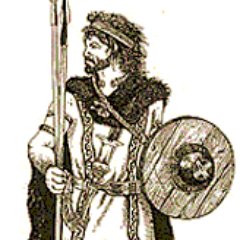 During his long reign, he extended his power over all of Ireland; and under the reign of his grandson Cormac mac Airt (226-266), Tara really flourished and became not only the political, but also the cultural centre of Ireland. He built a great Banqueting Hall, and on the Hill of Ward (also called Tlachtga after a famous druidess) nearby, a great Fire Festival was held every year on Samhain (nowadays known as Halloween). 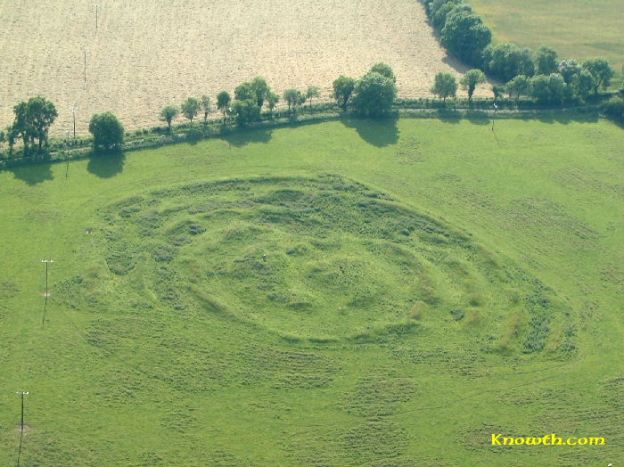 Cormac was one of the wisest and most popular High Kings; he also was successful in battle against rebelling local lords, and he even conquered land over in Britain! Tara continued to prosper during the next five generations, and then Niall Noigiallach (Niall of the Nine Hostages, 378-405) came to the throne – the founder of the Úi Néill dynasty which would rule Ireland for centuries. 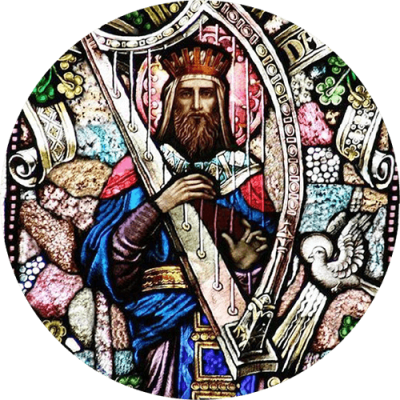 Unfortunately, Niall’s successors fought continuous wars among each other, and the country was in chaos for a long time. Meanwhile, Saint Patrick had come to Ireland to preach the Christian faith, and more and more people converted – and finally the High King himself: Niall’s great-grandson Diarmait mac Cerbaill (560-565) was the first of them who adopted the Christian faith. Unfortunately, though, when he died the High Kingdom of Ireland practically ceased to exist for almost 100 years among all the battles of his successors.

Around 628, Domnall mac Áedo was the first one to be acknowledged as High King again; he also was a devout Christian: he’d met Saint Columba when he was a boy. Some of his successors even ended their careers as monks after abdicating from the prestigious but highly dangerous post of High King!

The first really historically documented High King, Máel Sechnaill (846-862), managed to unite the war-torn country again, calling himself ‘King of All Ireland’; but he also had to face another new challenge: Viking invaders. His successor, Áed Findliath (862-879), tried a new method: he allied with the Vikings who had established themselves in and around Dublin against his internal enemies! Later on, though, he fought a number of successful battles against them, a tradition his successors continued along with constant fights among each other.

Things would change, though, when for the first time in centuries someone who did NOT belong to any of the various branches of the Úi Néill clan gained more and more power, starting out from Munster and working his way north through Munster to Meath, forcing Máel Sechnaill mac Domnaill to abdicate: Brian Boru (1002-1014), the most famous and effectively also last High King of Tara.

In 978, Brian, the son of a former vassal of the king of Munster who’d conquered the kingdom, became king of a Munster which was already on the rise; he started challenging the High King, and in 1002, aged 61, he finally became Ard-Rí. He subdued rebellious Ulster, made the monasteries religious, educational and political centres in Ireland, and became the most powerful leader Ireland had ever seen.

Then, however, a rebellion in Leinster broke out in 1012, and Brian was forced to start a military campaign that would prove to be disastrous. Máel Mórda of Leinster was strongly allied with the Vikings – which means he was able to get reinforcements not only from Dublin, but from as far away as the Isle of Man and Orkney! The great clash came on the 23rd of April, 1014, in Clontarf just outside Viking Dublin…

According to all accounts, the Battle of Clontarf must have been enormously bloody. About 10,000 men died, among them Máel Mórda, Sigurd and Brodir (Máel’s allies, the Viking rulers of the Isle of Man), Brian’s son Murchad mac Briain and, aged 73, Brian Boru himself. Strategically speaking, the outcome was a victory for Brian (the Viking allies were forced to flee, and many of them drowned before reaching their ships) – but the king himself, and most of the royal family including his oldest son and grandson, were killed. And the Irish High Kingship died with them.

For the time being, Máel Sechnaill mac Domnaill was restored to the throne, but after his death in 1022, fights broke out all over the country for the throne. Tairrdelbach Ua Conchobair (1119-1156), a grandson of Toirdhealbhach Ua Briain, grandson of Brian Boru, united most of Ireland once more – but a new threat was on the horizon: the Norman English…

Tairidelbach’s son Ruaidrí Ua Conchobair had become High King in 1166, and he was as usually fighting his domestic enemies when the English invaded in 1169. After the siege of Dublin in 1171, the Irish defence went to pieces, and in 1175 Ruaidrí had to sign a treaty with Henry II, pledging allegiance to England – this was the beginning of a long period of Irish slavery to the English, and the end of the High Kingship of Tara. 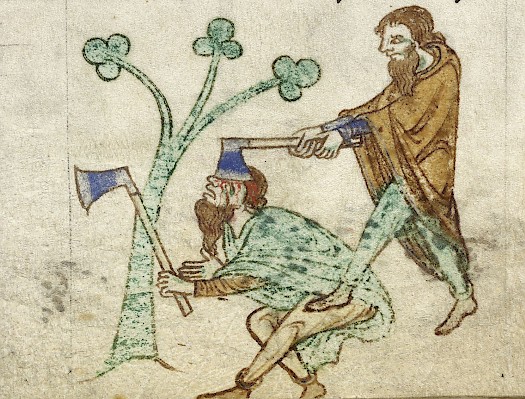 The Hill of Tara, meanwhile, has looked upon all these events from the past 5,000 years with dignity; it’s still there the way it was, and it’s become one of Ireland’s biggest tourist attractions – whoever wants to learn something about Celtic history has to visit Tara! As soon as the Coronavirus lockdown ends, of course… Until then, you can always read books and watch documentaries, dear friends, in order to broaden your mind – like this one!

2 thoughts on “Roberta’s Celtic Corner: The High Kings of Tara”